Bay Area Boardriders were greeted with great conditions for our second club comp of the 2019, year at Morna (Birubi Beach). With the Sun out, the water warm and great 2 – 3 ft clean little waves the club had a great turn out.

Was good to some old faces return with club legends like Rowan Phelps, Wayne Swan, Jay Peake and the come back kid Peter Byers who has only returned to the water after having a hip replacement only a 11 weeks ago.

It was also awesome to see now Canadian resident Shannon Brown return home and compete in a club comp. And showed up he did! Shannon a club legend, former champion and former president moved to Canada some years ago and now works as the Canadian national surfing coach. You should check out his IG profile @shazzabsurfin and watch some amazing footage of him blowing up wearing a 6mm wetsuits. Awesome to watch! 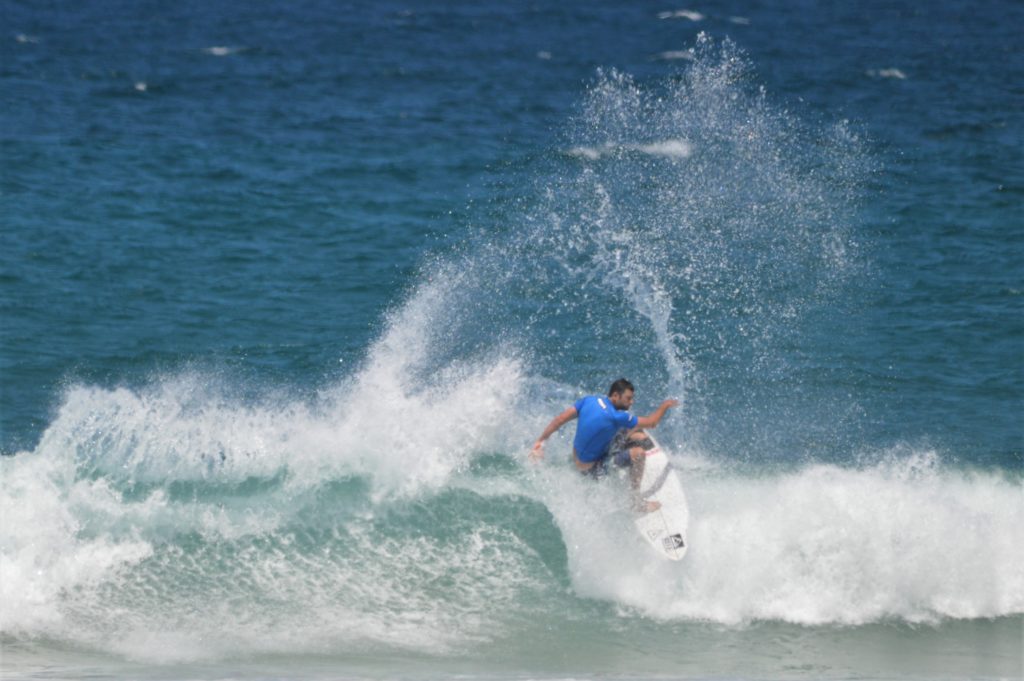 It was also good to see the new faces to the club and up and coming future champions of the Bay return for their second comp. And with it being young Nate Goodwins 7th birthday and with a party to get to, the super groms kicked the day off. Happy Bithday Grom! And it was great to see them out there with better conditions then last comp taking it on. It looked triple over-head for some of these grommets.

In the girls we had a better turn out with all the girls getting some great waves! Which saw young Olivia Hasson following in her dads footsteps surfing with a great style to get the win.

The Under 16’s are really stepping their game up with all of them lighing it up! Especially with what, I believe was the heat of the day with, Jimmi Hill, Taj Turner and Riley Cruise in the under 16’s, where all were-deserving to get through. Would have hated to judge that heat. And although Riley did not make it through it was awesome to see him back in the club competing and ripping it up! The boy has talent.

Although there were some awesome performances from the likes of Taj Turner, Isaac Sullivan it was the Eden Hasson, Jimmi Hill show again. Great to see the young rivalry pushing each other’s surfing. Surfing way beyond their years.

In the Under 18’s it was good to see a few of the young fellas in Isaac Sullivan, Riley Cruise and Sebastian Brown throw down the challenge to last years champion Josh Stretton. But it was Josh that put in another big performance throwing down some of his trademark big moves. 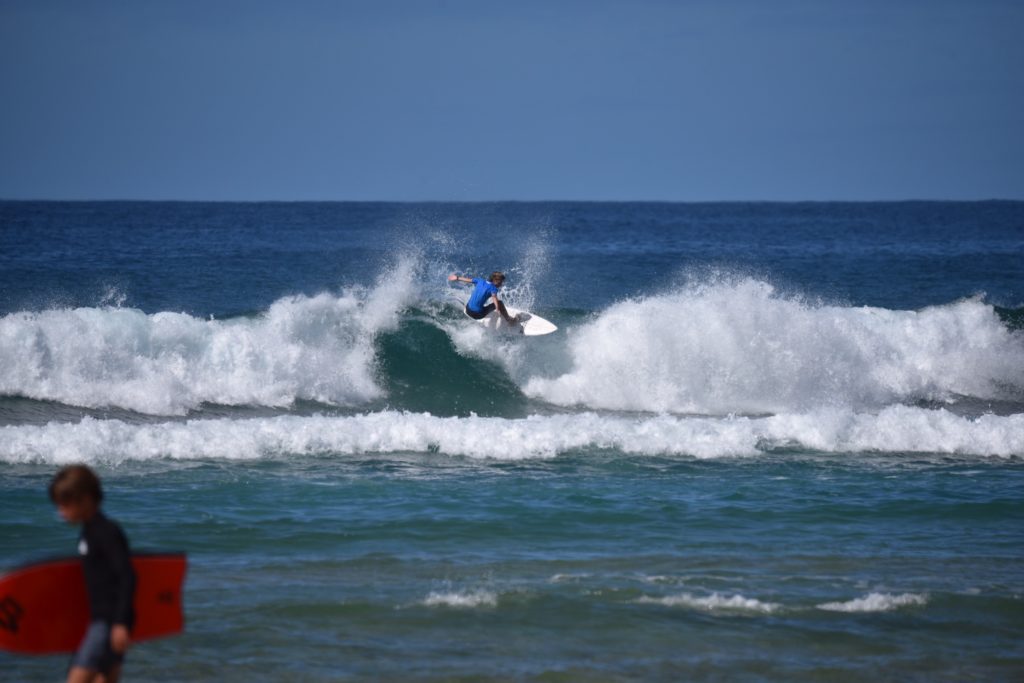 In the Over 28’s it was the big Canadian Shannon Brown that stole the show picking off some running lefts. But it was not with out a good showing from the likes of Mark Buchanan, Jay Peake and Jamie Dooran. But we were all lucky with Wayne Swan getting a bomb just after the heat had ended. Was good to see an old rivalry between Mark and Jay where they both hassled each other out and missed a right hand bomb.

In the Over 40’s final the men had a re-start as all of them had somehow forgotten to tell Chris Hasson that he was to stay out in the water after his Open heat to surf the 40’s final. Big mistake from the boys as that just motivated Chris to rip in and take the chocolate.

It was also great to see a good turn out in the over 50’s that saw us have to run 2 heats and final. In his first heat in over 2 years and only 11 weeks out from his operation we witnessed the return of Peter Byers who took out his heat in fine fashion. But it was the Dean show in the final where Dean Shaw through back the clock and laid down some huge backhand hits that saw him throw his tail and fins flying out the back of the wave and take the win! The return of Peter must have given him extra motivation. 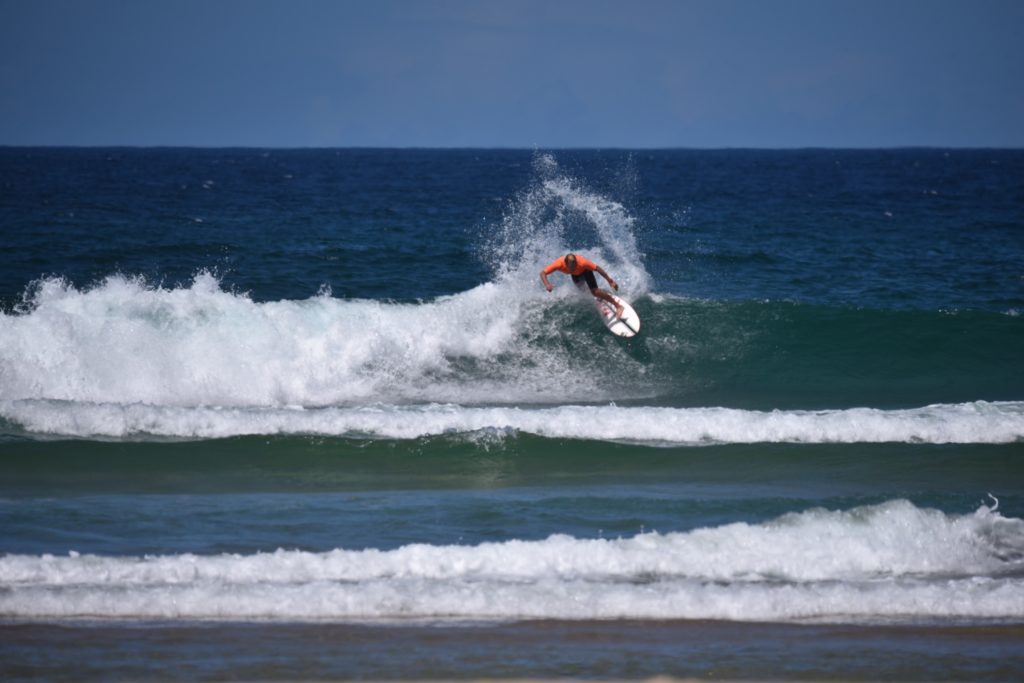 In the Opens we had a big turn out where we had 6 heats and finish with a 5 men final. There were also some awesome surfing witnessed throughout all the Opens rounds and leading up to final as well. With a special mention going to Sebastian Brown who was unlucky to make the final.

It was looking like it was going to be a tight competition. And with the surf deteriorating with the lower tide and wind getting up from the east it was Nelson Corner that was looking the goods leading up the final. Other standouts during the Semi’s were Zane Clifford and Max McGaw.

But Shannon Brown had left the best for last and stepped it up for the final and went totally LOONEY smashing his first wave with about 4 massive turns to lock in a high 8 point ride. He backed it up with another not long after locking in another high score rapping some huge turns and hits that sent that much spray that I’m sure it’s still coming down! Josh Stretton tried his best to get close to the big Canadian laying a one manoeuvre wave with a big air reverse but it was not enough to get close to Browny.

Some key finding to the days comp was that we found the Hasson’s love their chocolate! As for winning a division at the club comp you receive a block of chocolate. I guess that is key motivation for the Hasson’s as every member of the family won a division. Crazy!!

We also found that Shannon Brown is Looney! His surfing, especially in the final of the Opens was just amazing to watch. Tour worthy! And last but not least, never give up! Peter Byers had been putting the hard work in to get back in the water and to be competing again already and getting a second place was amazing to witness. The smile said it all. 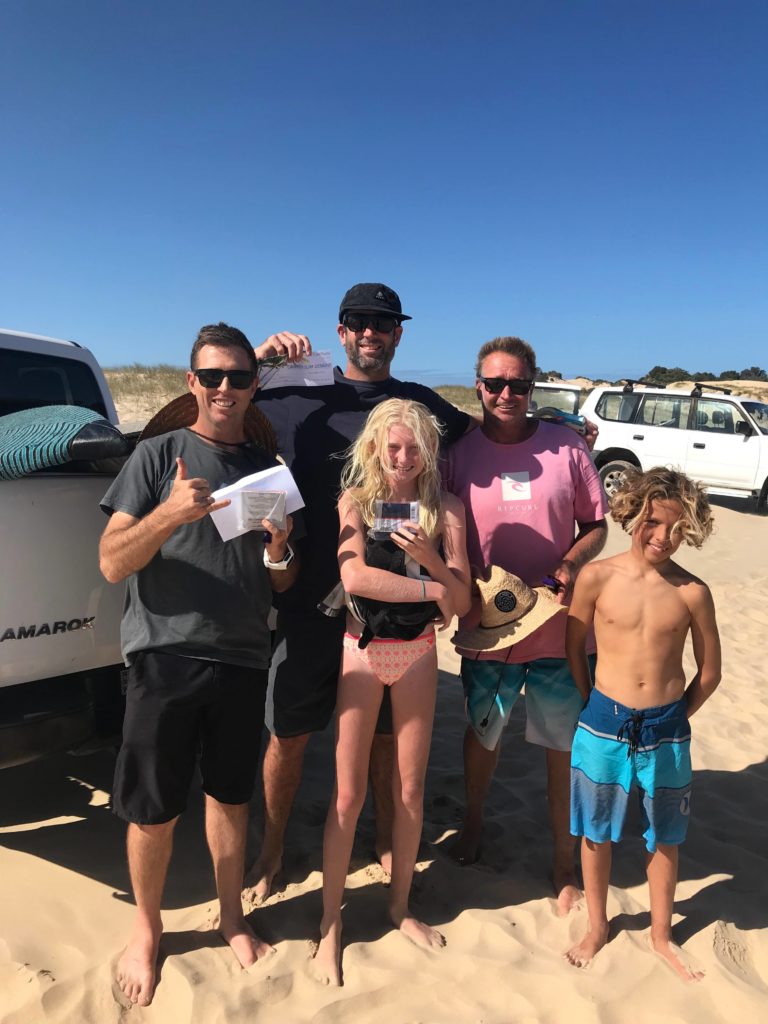 All in all it was a great March 2019 comp! Thank you to Graffiti Surf Shop, Nelson Bay for supplying prizes. Jump on and give Graffiti a follow on Instagram @graffitisurfdesigns

Lots more photos in the gallery section of the March comp. Check it out! 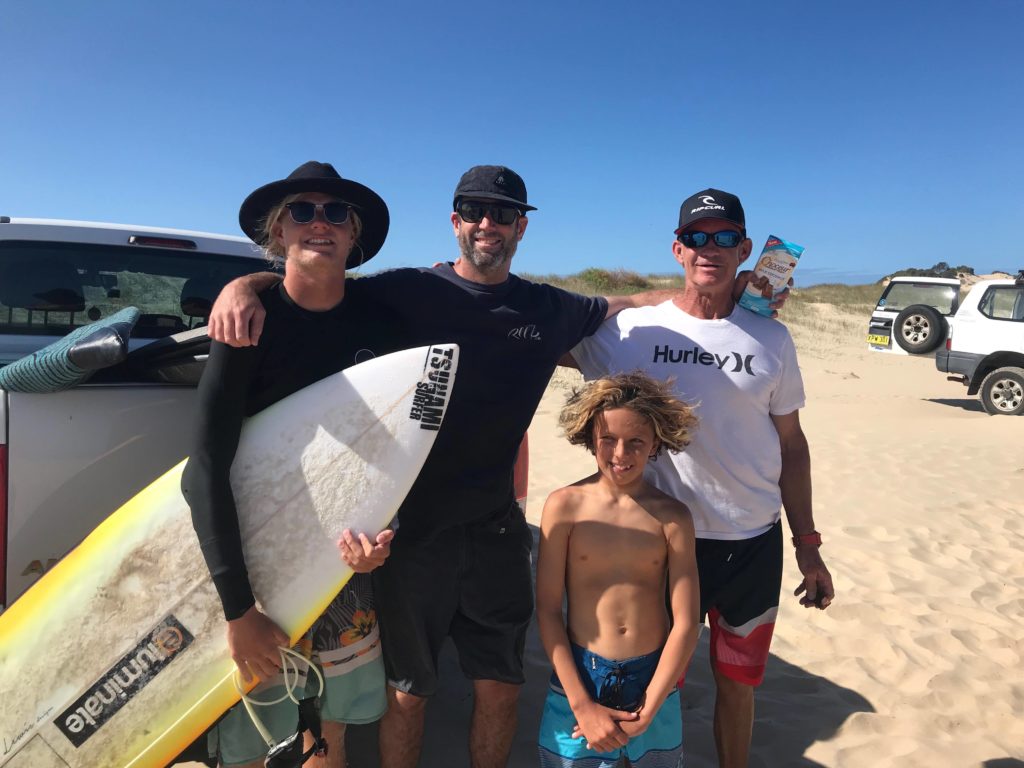