The club was once again greeted with great conditions at Morna for our third comp of the year presented by Anna Bay Surf Bike and Skate. 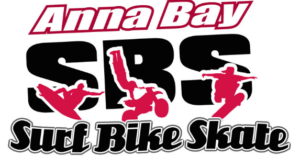 On Sunday the 7th of April 2019, and with another great turnout the club meet for the third comp of the year presented by Anna Bay Surf Bike and Skate. With awesome contestable conditions in the clean 2 -3 feet range mainly lefts running down the beach with the occasional right it was the Under 16 boys to first hit the water.

It was a very close battle between everyone. Especially Taj Turner and Kai Buchanan who both ended up tied and it was decided on a count back. But it was the close battle between Jimmi Hill and Eden Hasson that continued with both boys lighting it up to take the top honours. 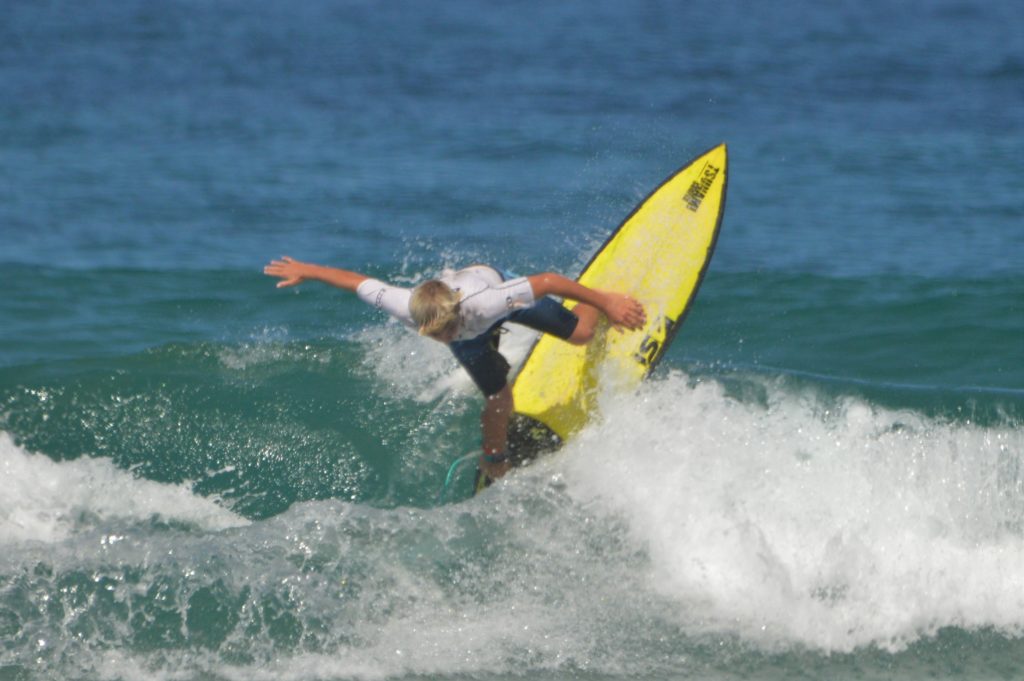 Then it was decided to send the old boys, the Over 50’s out to enjoy the good conditions early. It was great to see all the old boys out there ripping it up on the lefts. The come back kid Peter Byers continued on his come back ripping up some lefts on his new Peter Mahaffey Surfboard. But it was the Dean Shaw show who once again smashed some tight backhand reo’s. Dave Stretton, Mark Hill and Rowan Phelps were left to fight it out for the minor postions. 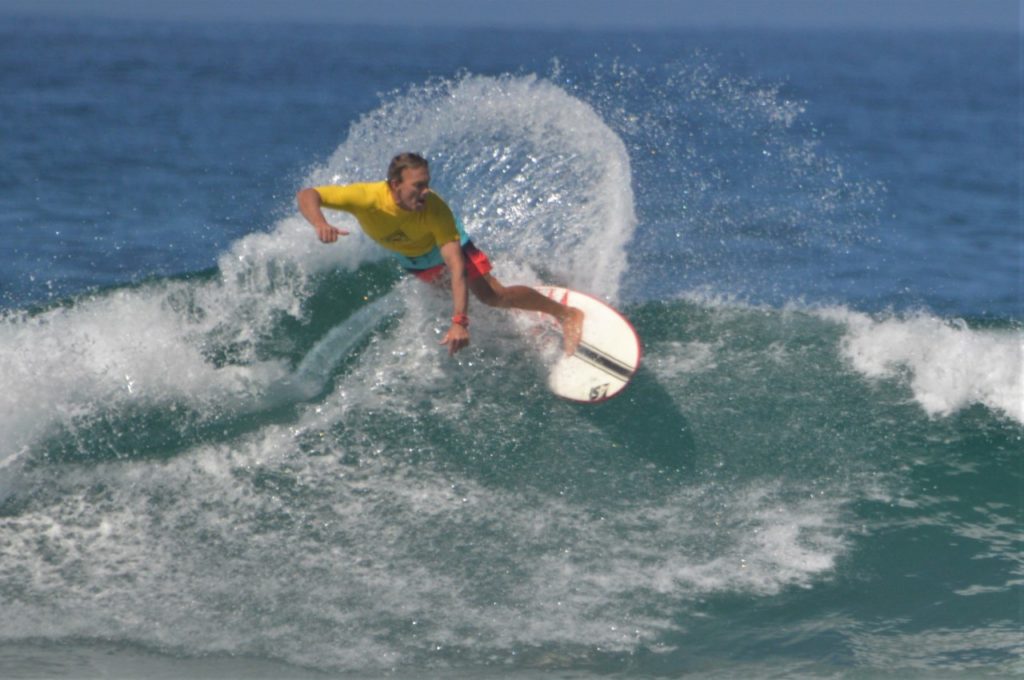 Our super groms returned and put on another solid performance making the surf look a lot bigger then it actually was. While Nate Goodwin, Noah and Josh Bartlett decided to stay in close and rip up the reforms in the shore, eventual winner Harlem Stone, took it on out the back making the surf look about 6 foot and scoring some big long lefts. We are so stoked to see these groms turn up frothing to every comp. They are awesome to watch ripping it up and they are the future to the club! 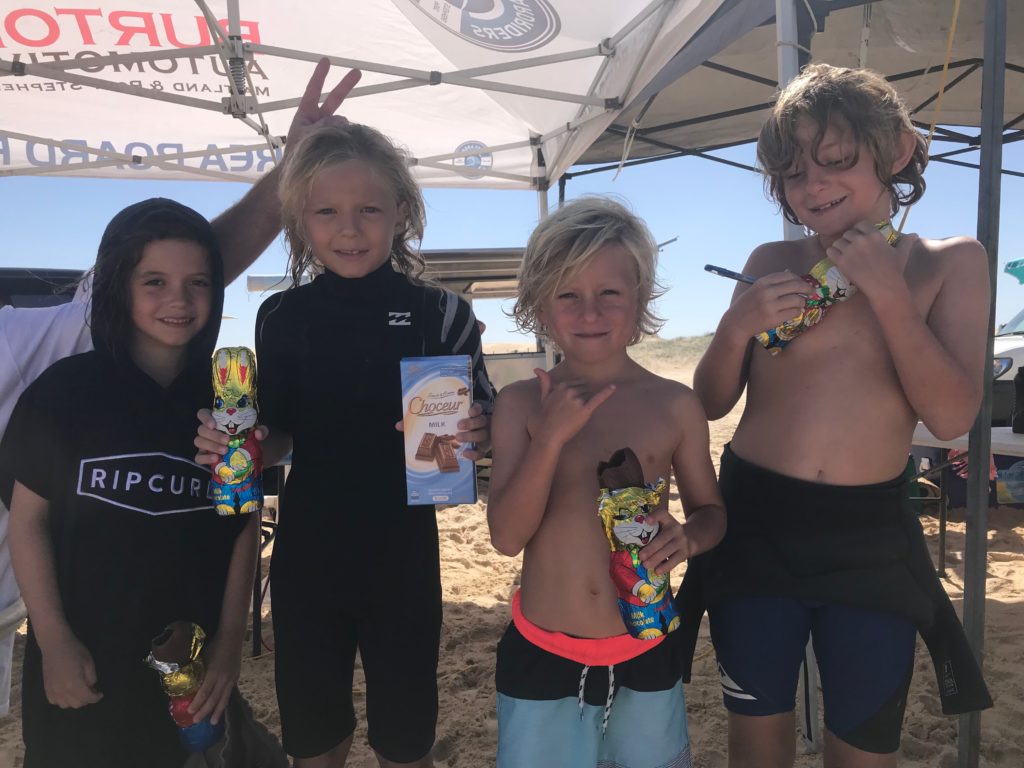 In the Under 14 Boys it was once again the Jimmi Hill and Eden Hasson show with both of them smashing it on their back hand and linking it up for a right hand shore break. With Jimmi getting it over Eden for the first time this year in both divisions. Jake Button and Kai Buchanan got some good waves but they just couldn’t find the waves Jimmi and Eden were getting. Those two young grommets are surfing well beyond their years and could easily be surfing in the Opens and making the finals. 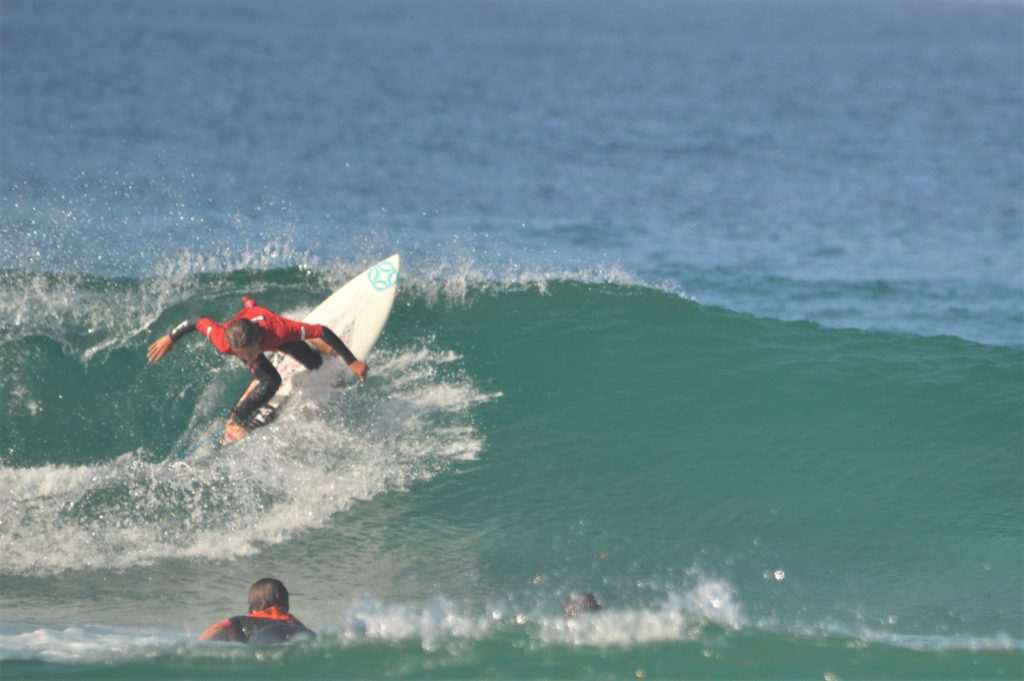 It was good to see the girl’s return and the return of Jasmine Sampson who had been out due to an operation. Even though there are 2 divisions in the girls they decide to surf together putting on a great performance out in Morna’s always challenging paddle out.

Young Lily Buchanan opted to stay in close instead of taking on the paddle out and it paid dividends catching some great little waves linking several turns. Jess Stretton made a late charge getting a screamer right at the end of the heat but it just wasn’t enough to get the win this time around. While Sunny Ward led the older girls for much of the final it was Jasmine Sampson who had a really slow start come back at the end and grab the win! 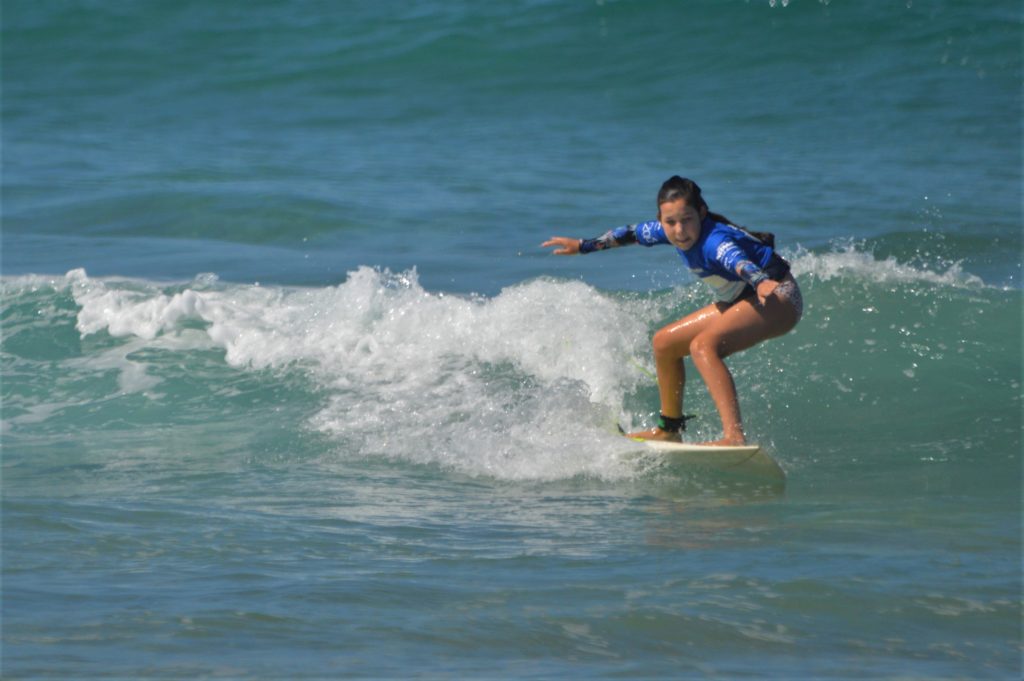 In the Under 18’s Josh Stretton continued his strangle hold on the division by throwing down some of his flashy turns to easily take the win. But it was very close between all the other competitors who were all ripping the lefts with Oscar ‘the pest’ McGaw just getting up over Sebastian Brown, Isaac Sheppard and Matt Button. 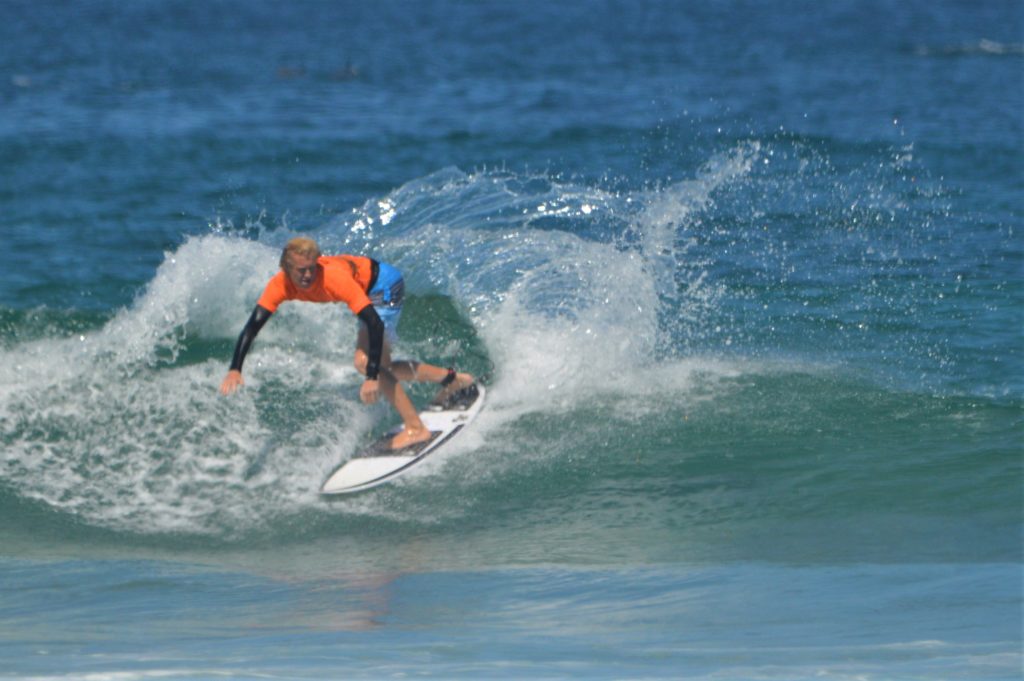 In the Over 28’s it was Jamie Doran and Rod Astley who dominated, picking off the better waves sitting deeper on the bank and linking several back hand turns to get the scores for 1st and 2nd respectively. While Mark Buchanan, Dave Stretton and Wayne Swan filled the other positions. The year is getting interesting already as it looks as if we have another rivalry between two long time club members Jamie and Rod already taking a win and second each this year. 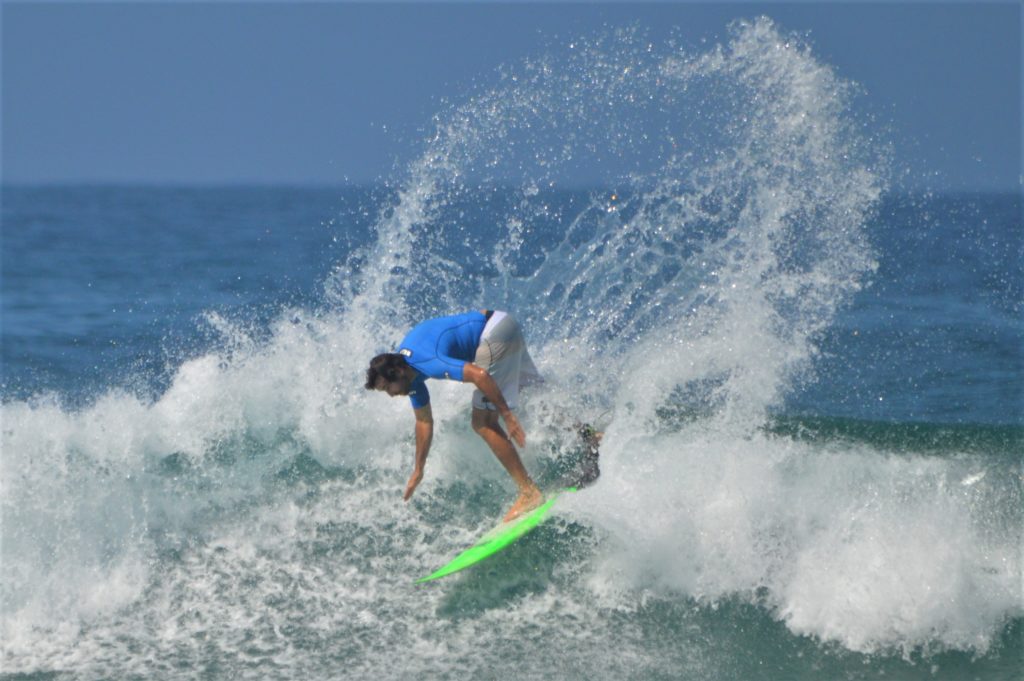 In the Over 40’s it was once again Jamie Doran using his long time experience out Morna picking the better spot on the bank and picking up the better waves smashing some big back hand reo’s tight in the pocket. Although Jamie got the nod it was a very close fought out final with it being very close between 1st and 5th with Mark Hill grabbing a 2nd place with his explosive back hand bottom turns and cracks off the lip. It was good to see the old boy ripping. Filling in the other positions it was Rod Astley, Dean Shaw and Wayne Swan. 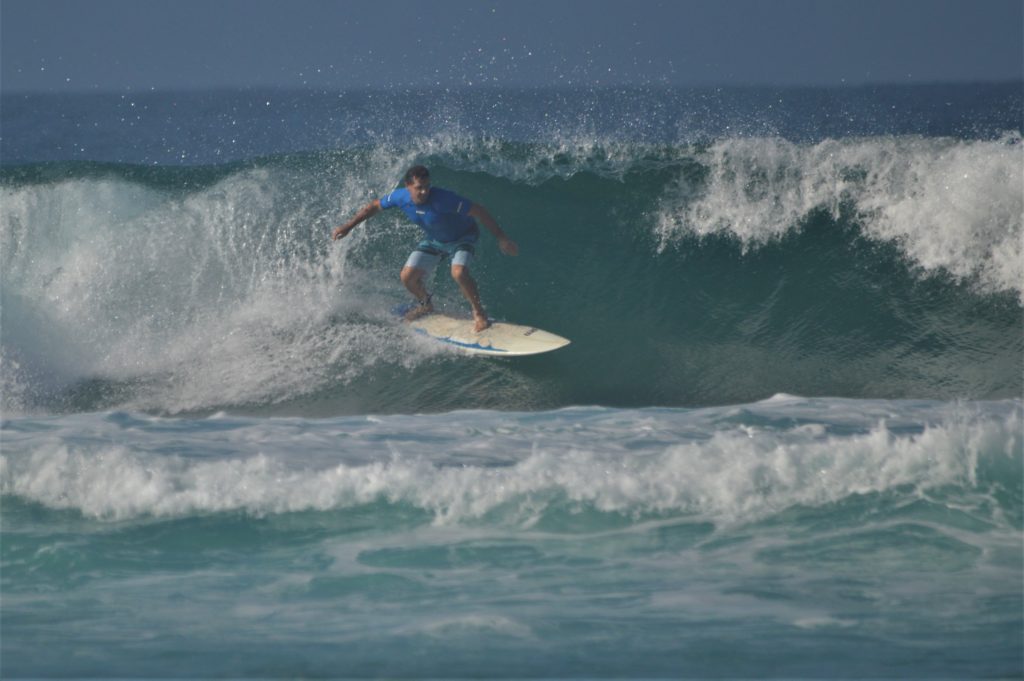 In the Opens we had a mix bag of young and old with two old boys and brothers Shane and Mark Buchanan making the final against their much younger rivals. Come to think of it Shane Buchanan could be surfing in the 50’s and he is making the finals of the Opens! Proving age is just a number. Look out the other 50’s Seniors. 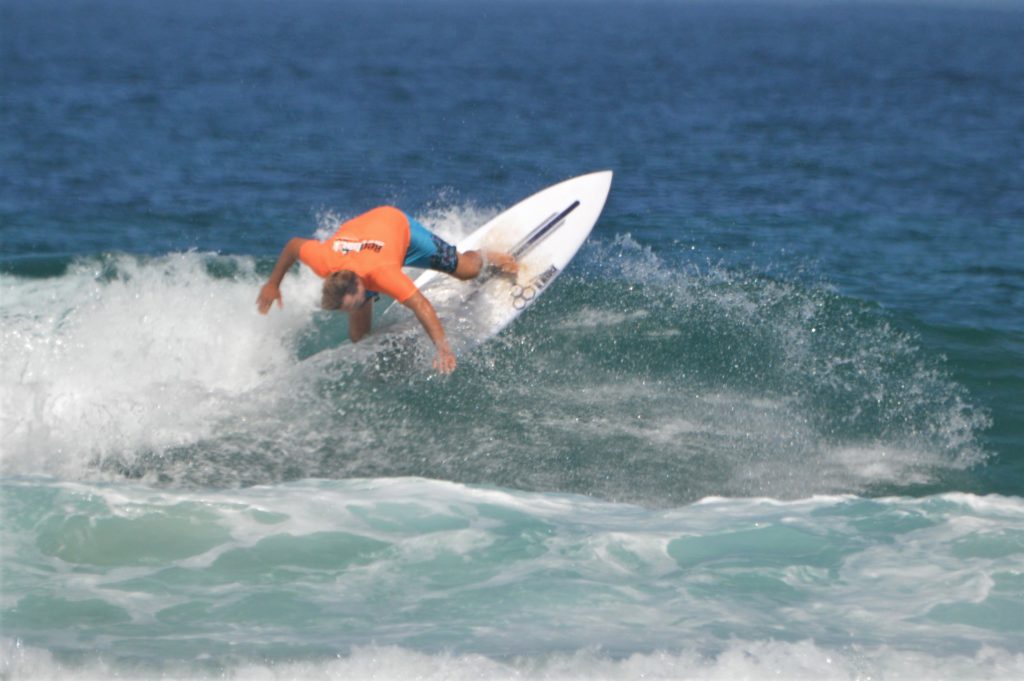 But it was the younger competitors who got the better this time around, who had more energy sitting deeper on the bank and clocking up the wave count belting wave after wave putting on an awesome display. Was even good to watch from the water. There were even a few air attempts with Zane Clifford landing an air rotation! Even the old boy Mark Buchanan went to the air but his old bones couldn’t handle the landing! 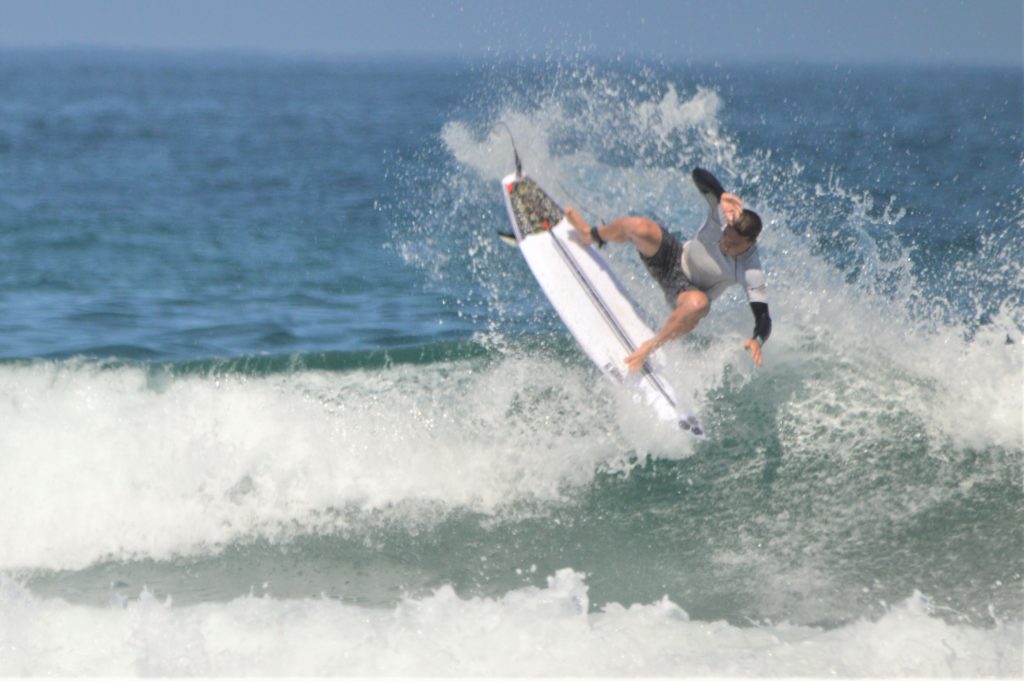 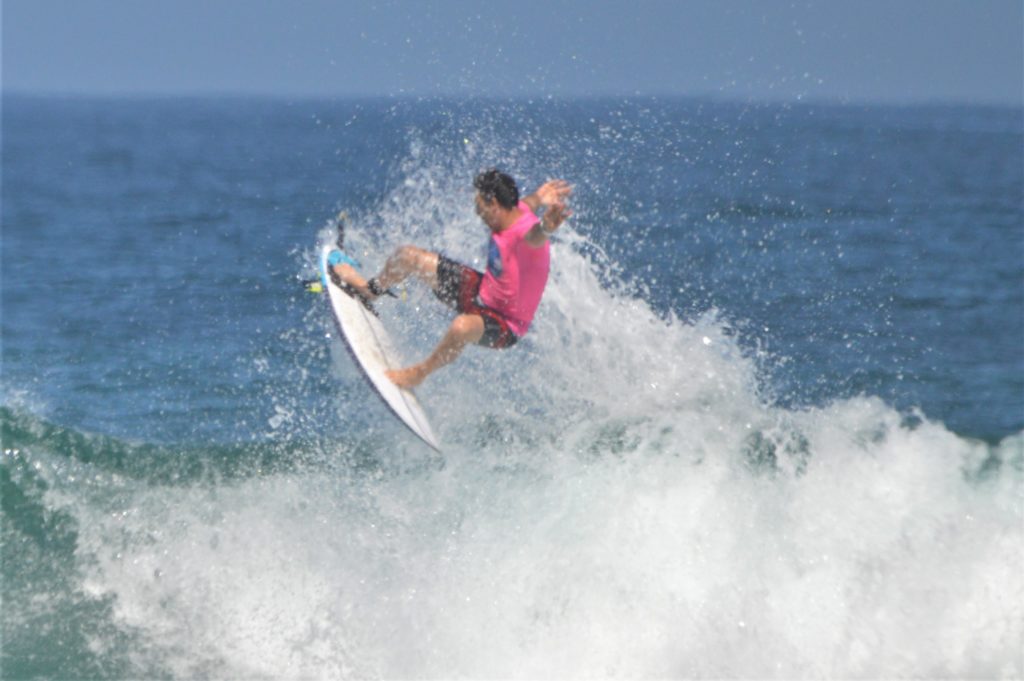 But it was Josh Stretton who linked together some big flashy fin throwing turns that got the win over Zane. With Max McGaw and Nelson Corner fighting out for 3rd and 4th and clash of the old boys and brothers for 5th and 6th with the younger prevailing again Mark taking it over Shane. 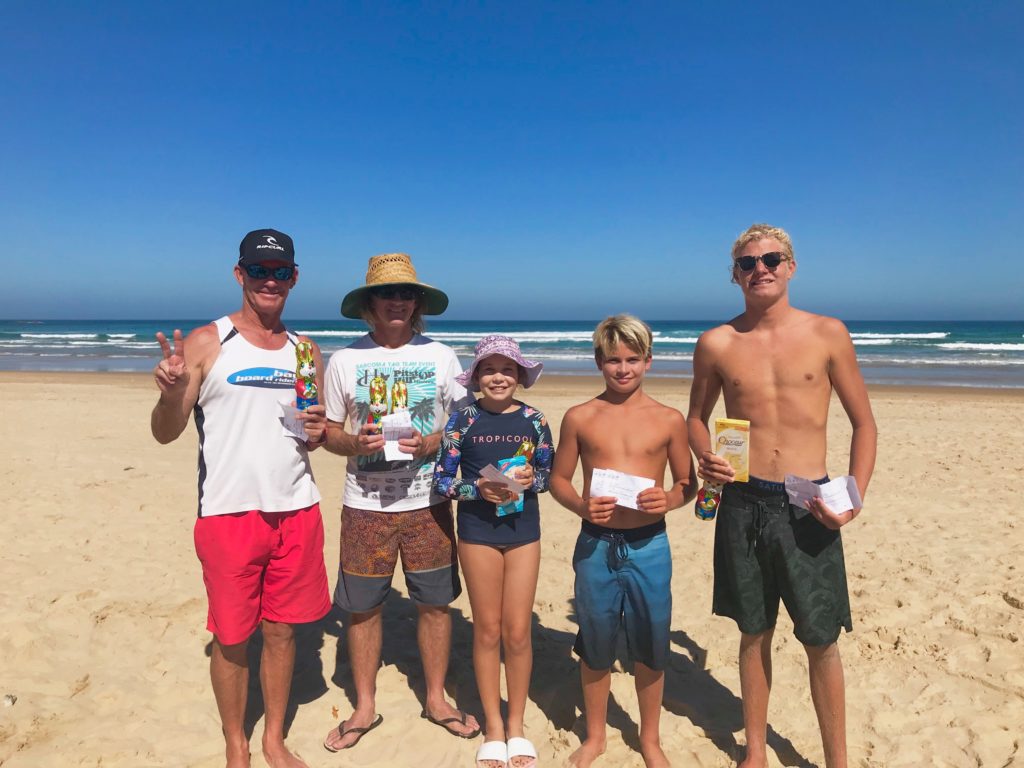 Thanks everyone for another great comp and all to those that helped out. Especially Oscar ‘the pest’ McGaw who stepped up and helped out on the BBQ. Well-done young fella! Rod Astley the contest director, for choosing a great bank and running another great comp. And Deb Stretton for also working the BBQ and looking after the money.

Also a special thanks to Fen at Anna Bay Surf Bike and Skate for the prizes, a big box of wax and his support for the last 20 odd years! We appreciate it fen, Thank You!! 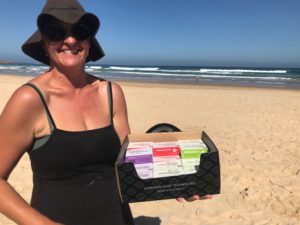