The club is currently in the process of gathering and documenting the clubs long history. Previous members are helping us piece together the clubs extensive history. If you have any information, stories, photos or other memorabilia the club would love to hear from you. Please contact us via the page.

So far this is what we know…

The club was first formed in the early 1970’s by a group of surfers, some of whom lived in the local area while others travelled regularly from Newcastle or the Hunter Valley. The club thrived through the seventies with regular club contests mostly held at One Mile Beach. The surfing was cutting edge at a time when surfboards were being revolutionised. The parties the club organised at Little Beach Hall during the 70’s are still legendary today.

Unfortunately in the late seventies the club ran out of steam and faded away.

In 1983 the Boardriders club flame was reignighted on the Tomaree Peninsula by a group of Morna (Birubi Point) locals and Morna Point Boardriders was formed. At this time it was a requirement that all clubs were registered through Surfing Australia. Come 1984 the Morna Point Boardriders was renamed and the Bay Area Boardriders name was once again reclaimed. The Birubi (anna bay?) Tavern sponsored the club and the Tavern became our home base for all our functions and Sunday arvo refreshments after a long comp day. 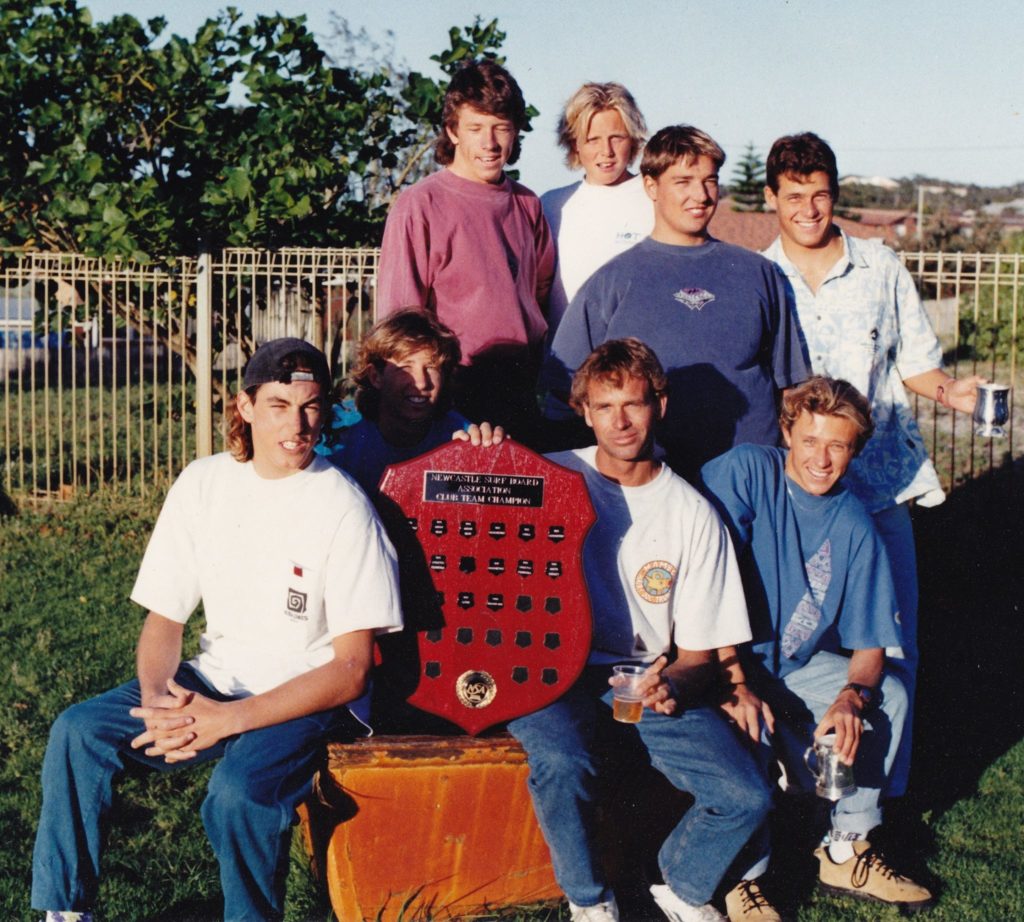 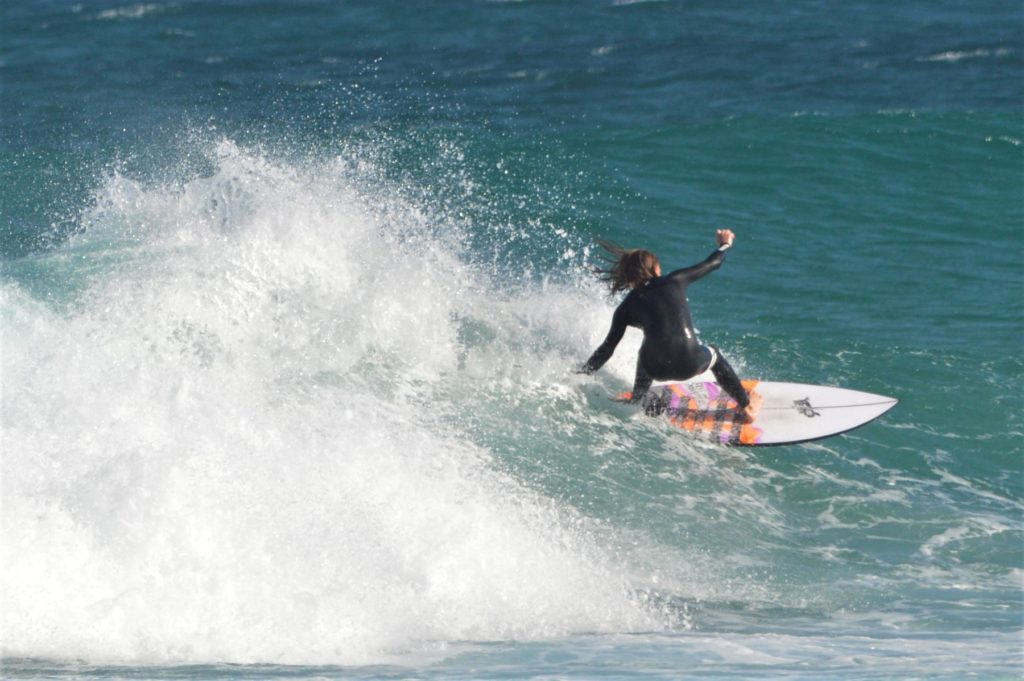 The club grew in strength and started to compete in team events. Many club members started to compete at Regional level and began to gain success. Through the nineties the clubs members performed very well at competitions held throughout the Hunter and elsewhere. Club members won many Newcastle Regional Titles and one junior member (Mitch Dawkins) won a World Youth Title and a couple of NSW State Open Titles.

The clubs teams have also been very successful at Junior and Open level. The club competed well for many years in the Surf League and has qualified regularly for the NSW State Teams Titles. A record of seven consecutive Newcastle Regional Teams Titles was collected by the Club.
During the 90’s the monthly club competitions continued with the odd mystery teams or single fin competitions proving popular.

The club’s trips away, mostly to Treachery, have always been heaps of fun and especially enjoyed by the Juniors.

Today the Bay Area Boardriders continues to flourish with an excellent committee and many keen members. Over the years there have been so many people who have worked hard to keep the club going. They need to be congratulated for their community spirit.

Please watch this space as it is a work in progress…

We would love you to come along and join our community.

Become a Member
Send us a message
Menu