It was a magic day for kicking off the first contest for the year which was presented by Tsunami Surfer.

On the 10th of February 2019, the club held the contest at One Mile guts. With the sun out and with consistent swell in the 2 – 4ft range coming out of the South East with South West winds the club had a good turn out. The competitors were stoked to have some contestable waves. There were even the odd barrel. 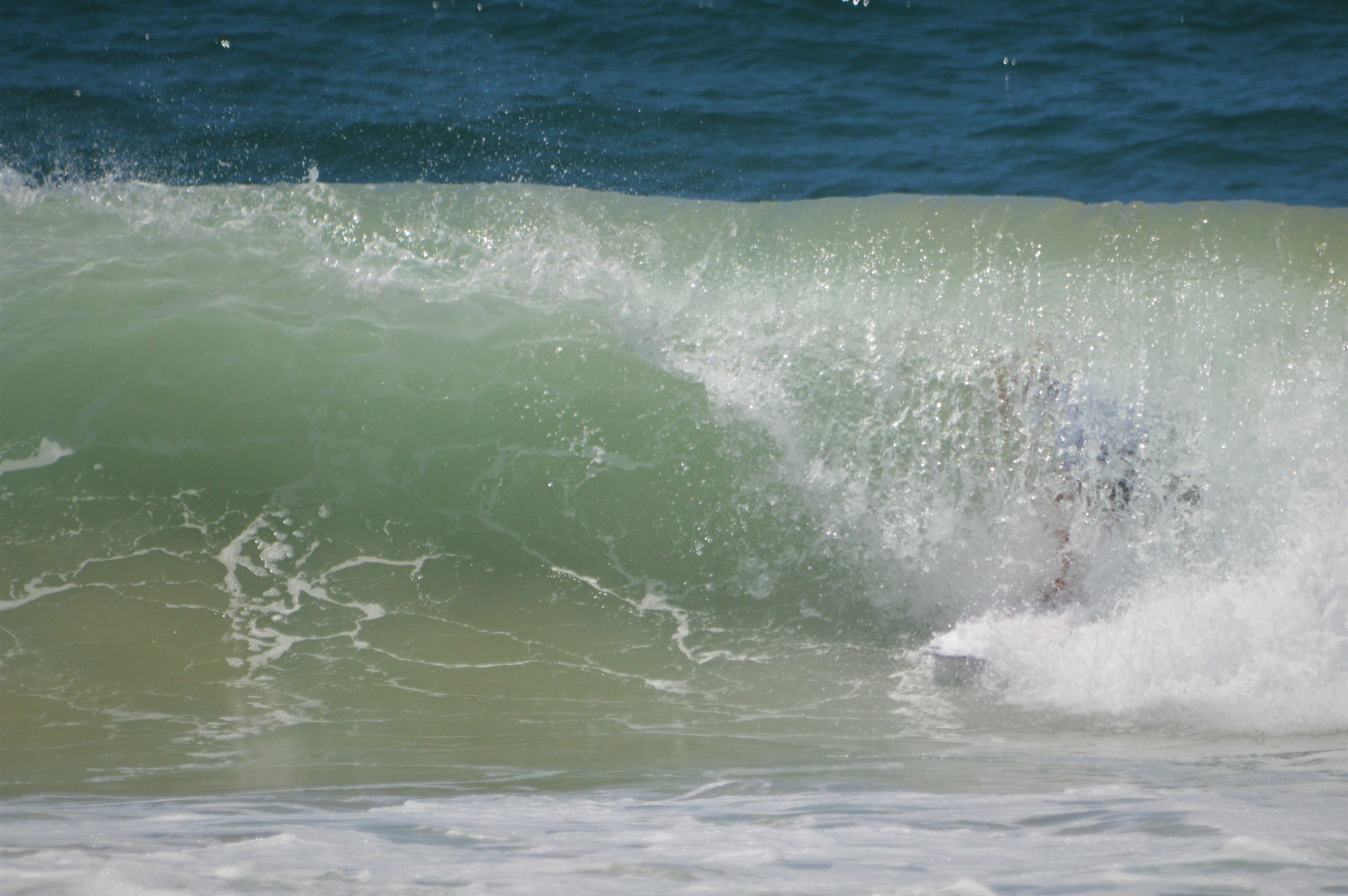 With past members like the Stone’s, Goodwin’s and Bartlett’s returning to the club with their kids, the future is looking bright for the club. Especially if they surf anything like their fathers and from what was witnessed at the comp, we are sure they will be even better.

Surfing in the Under 12’s these grommets were eager to get out there and show everyone what they have got. And they did not disappoint. With each and everyone of them putting on a great performance with the eventual winner, Harlem Stone taking it on out the back.

The final results came in with: 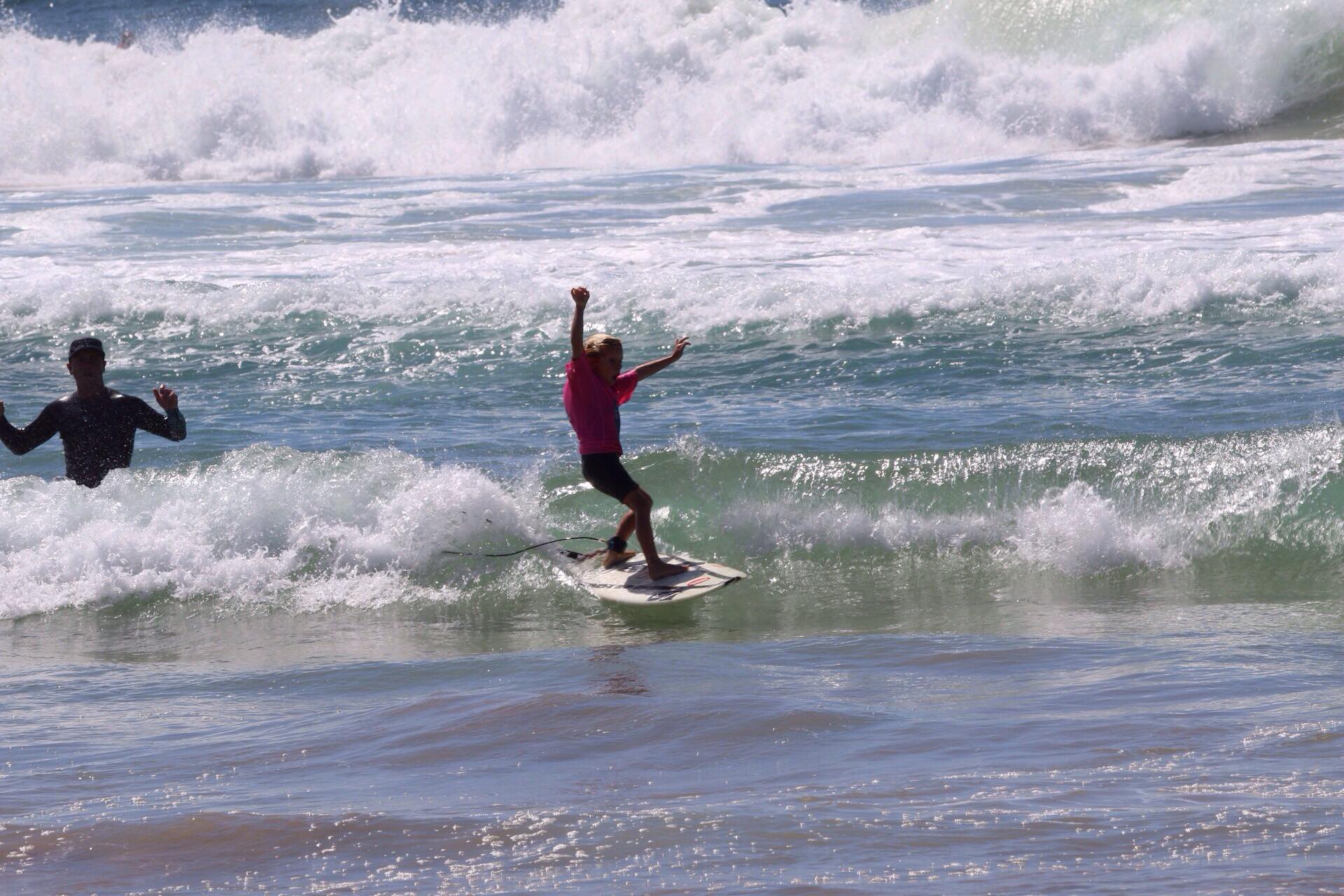 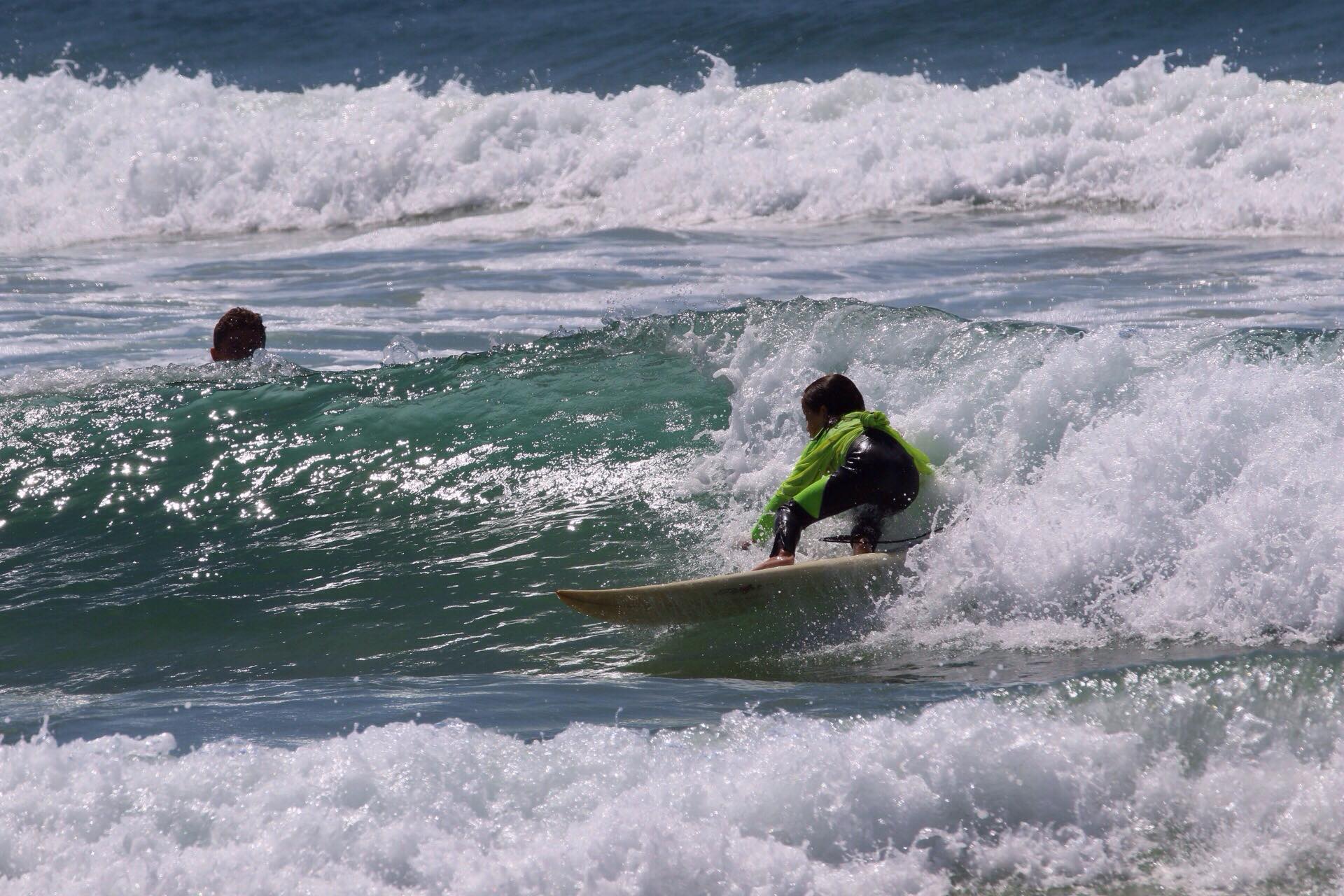 In the Under 14’s it’s looking like we are going to see a little rivalry between two very talented little surfers with Eden Hasson and Jimmi Hill battling out in a close affair with Eden getting the nod. Keep an eye on these two with both of them being previous Rising Star award winners, they are definitely going to have some good battles.

In the Under 16’s and stepping up a division it was Eden and Jimmi battling it out again. The two getting it over the older boys and taking out the first two places with Eden getting the nod again. 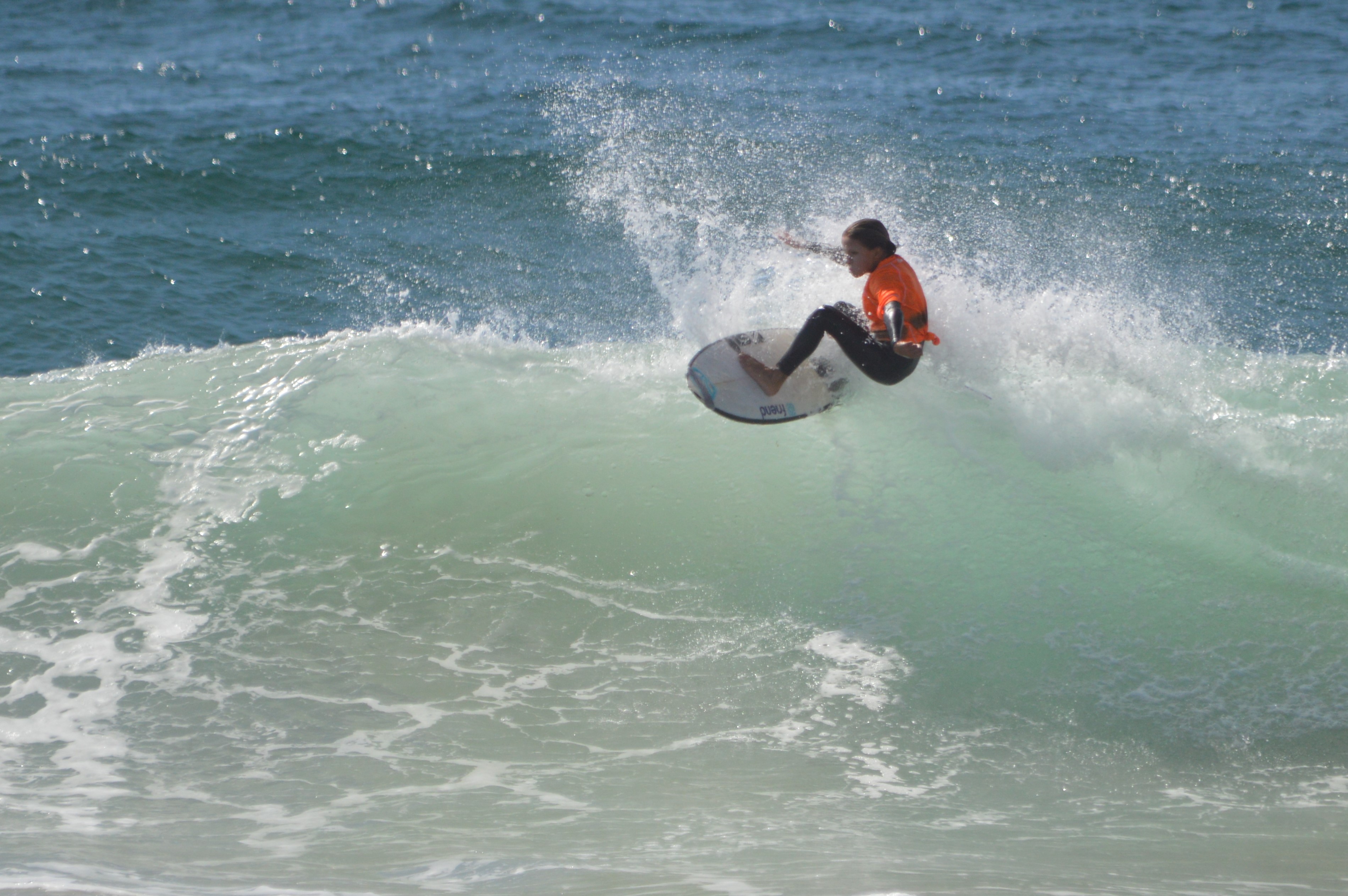 In the Under 18’s it was last years champion, starting where he left of last year with him throwing down some huge turns! The others put in a gallant effort but were unable to match Josh this time. 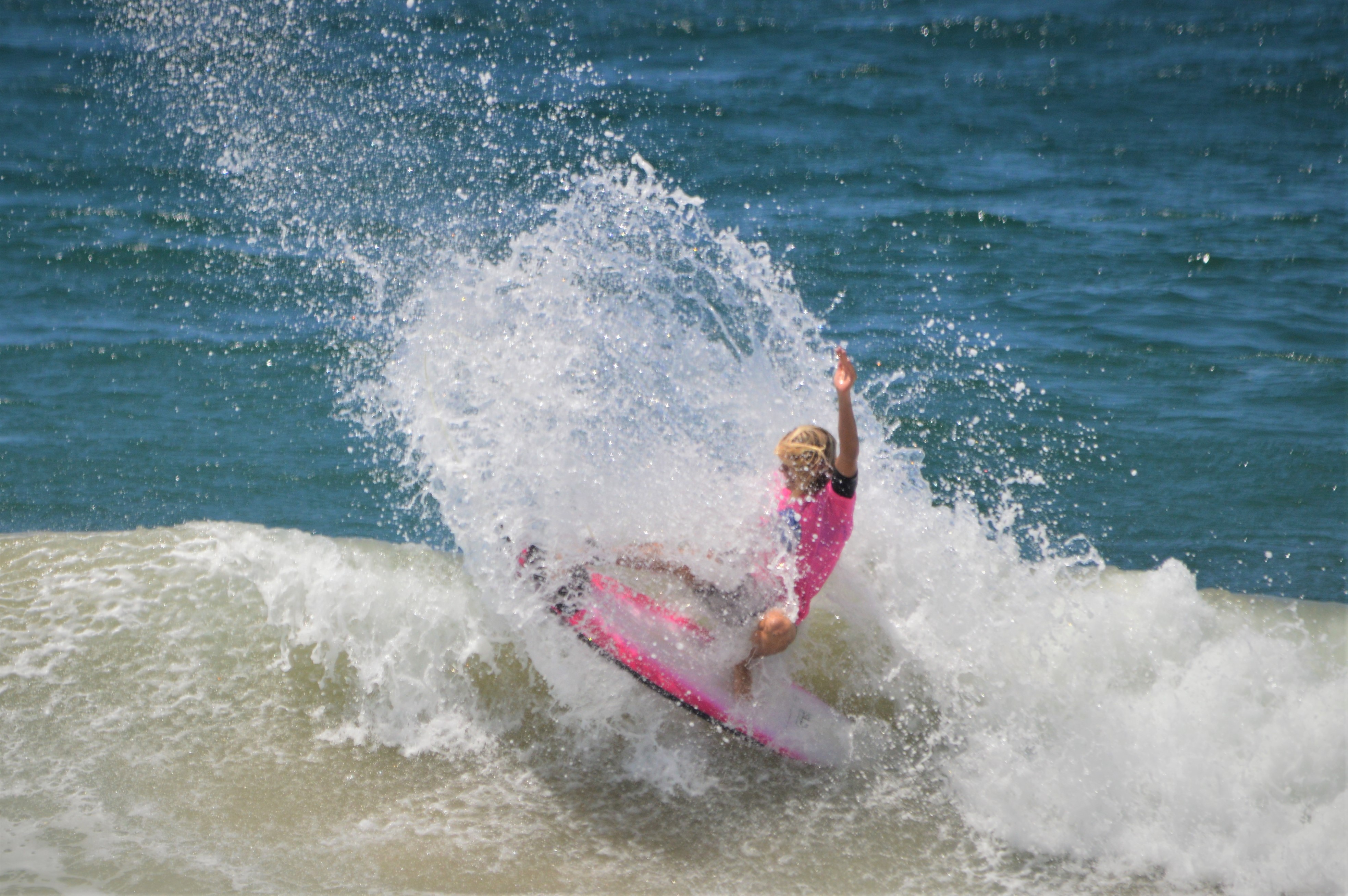 With the Lake Macquarie Jnr Pro on at the same time the club was down on ladies numbers with new member to the club Sunny Ward taking the win!

In the Over 28’s it got serious with Mark Buchanan and Jamie Dooran coming together. With both wanting to take the win they did what ever they could to get one up on the other. And with Mark paddling into his first wave of the final, a smoking right and Jamie paddling back out in front of Mark. Jamie has thrown his board to get out of the way and Mark has collided straight into it and breaking his legrope and busting a fin in the process. The final was over for Mark and he returned to the beach.

Jamie stayed out in the final and manage to catch a number of good scoring waves and wasn’t till he returned to the beach that he realised he had two large gauges through his board near his fin and tail. So the jury is still out on who tried to take who out… was it Jamie trying to take Mark out, throwing his board in front of him? Or was it Mark trying to take Jamie out? It really depends on who’s telling the story on what really happened ;). Either way it should make for an interesting year.

And although both of them that wanted the win, it was Rod Astley that put a number of high scores on the board to take the win! 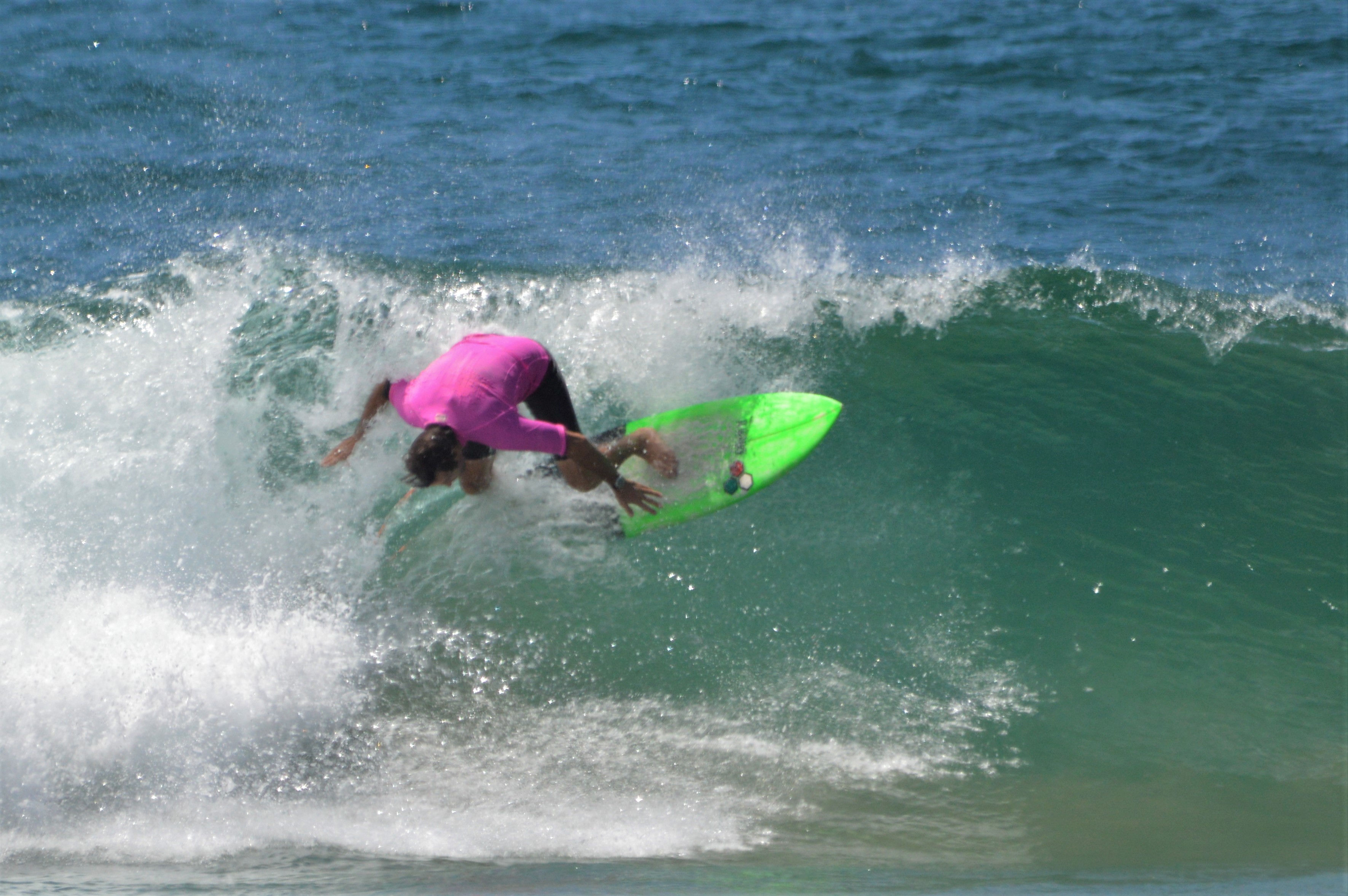 In the Over 40’s all the old boys were ripping throwing some big turns but it was Jamie Dooran who went one better taking the win with some high scoring rides over Rod Astley this time. 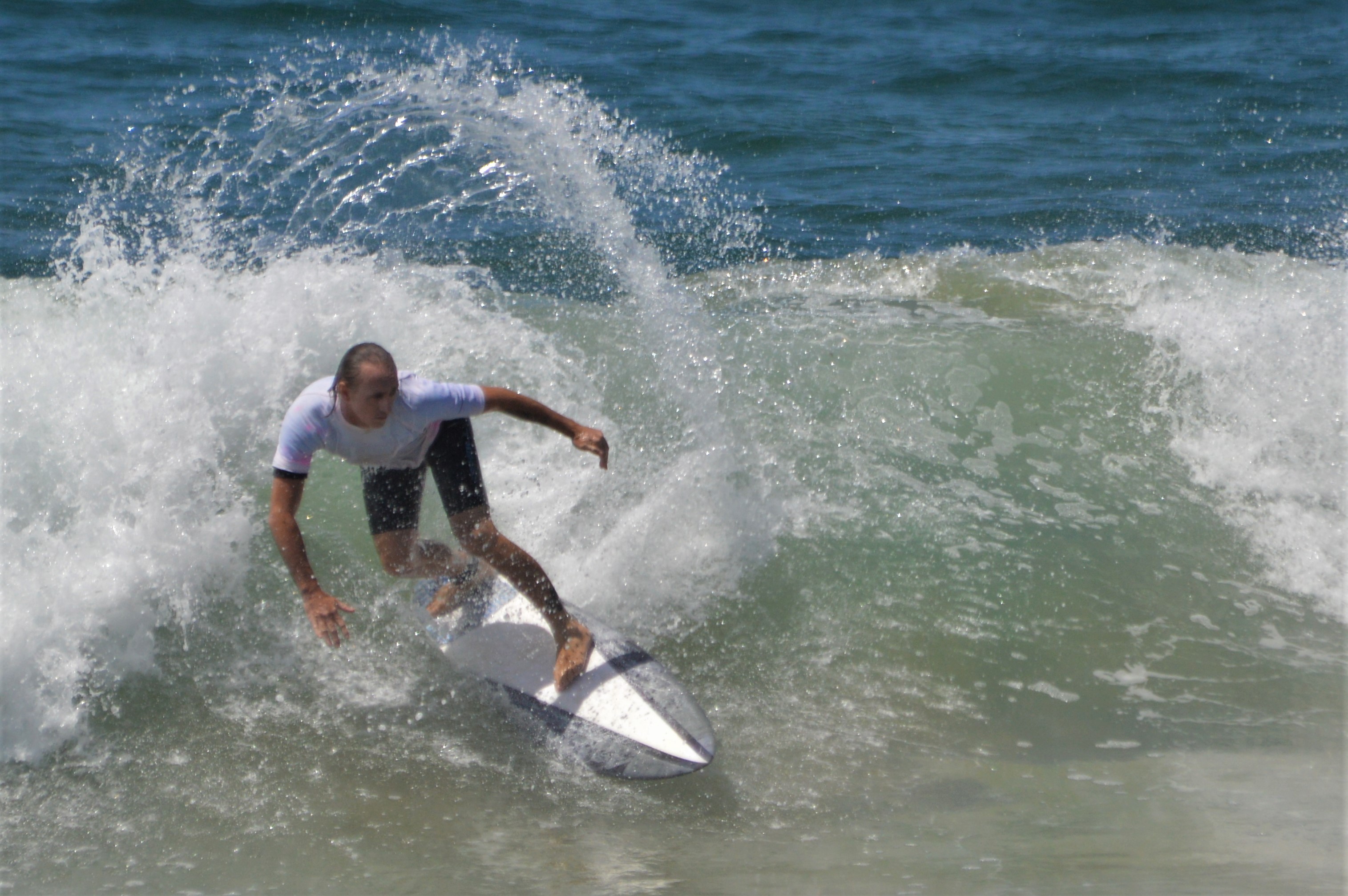 In the Over 50’s, the masters threw down some big turns in a close fought final proving age is just a number. But it was the Master himself, Dean Shaw coming away with a win. Dean is getting a head start on the year with word out that Peter Byers is back in the water training hard after a long spell out of the water with a hip injury that resulted in a hip replacement. The club wishes Pete the best of luck with his recovery and can’t wait to see the old rivalry with Dean happen again soon. 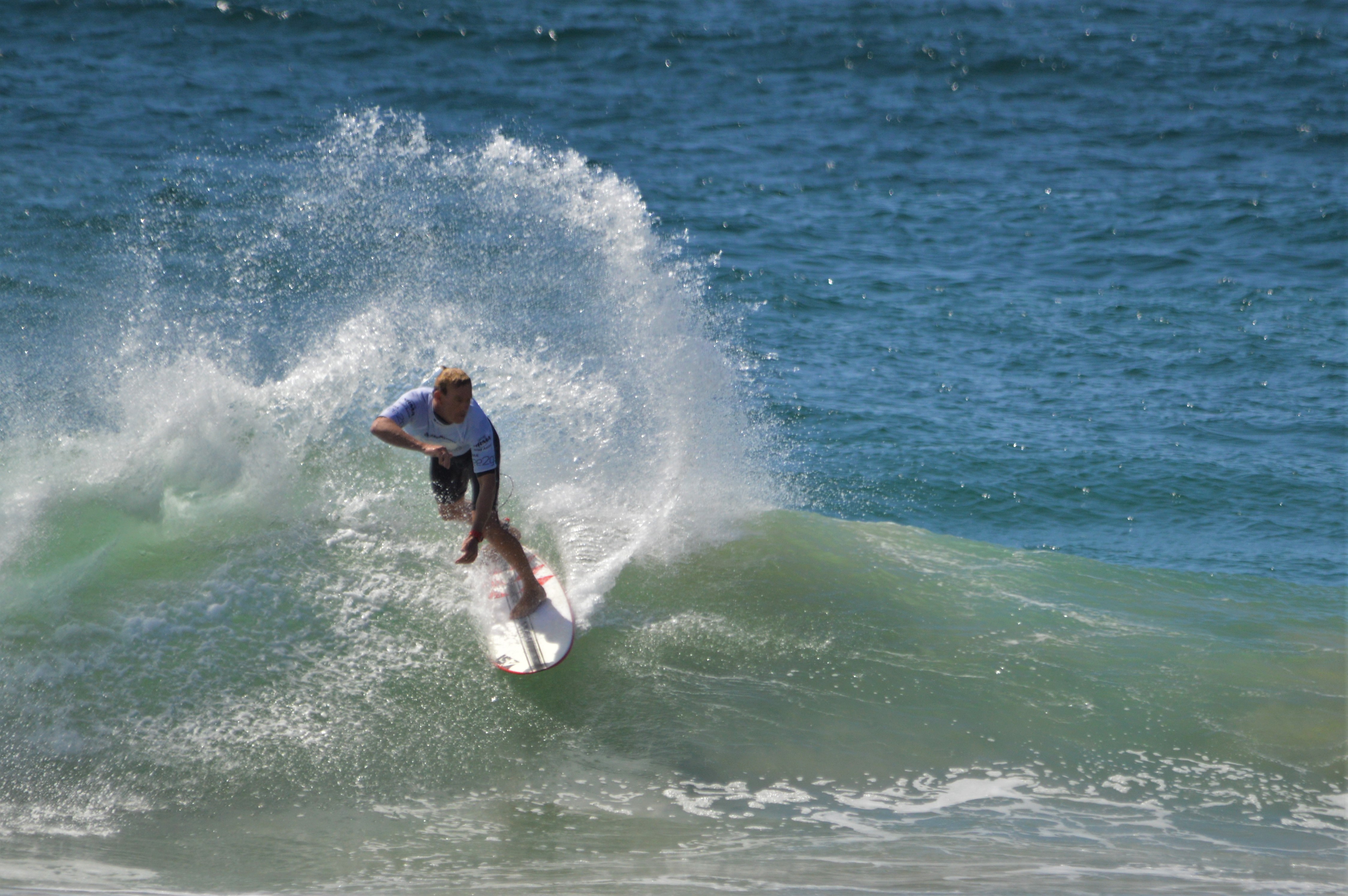 In the Open Mens there were some great surfing going on that was good to watch and although he did not make it to the final and was beaten by his little brother, he is worth a special mention for going big on every turn, Max McGaw. I don’t know how he did not break his board. 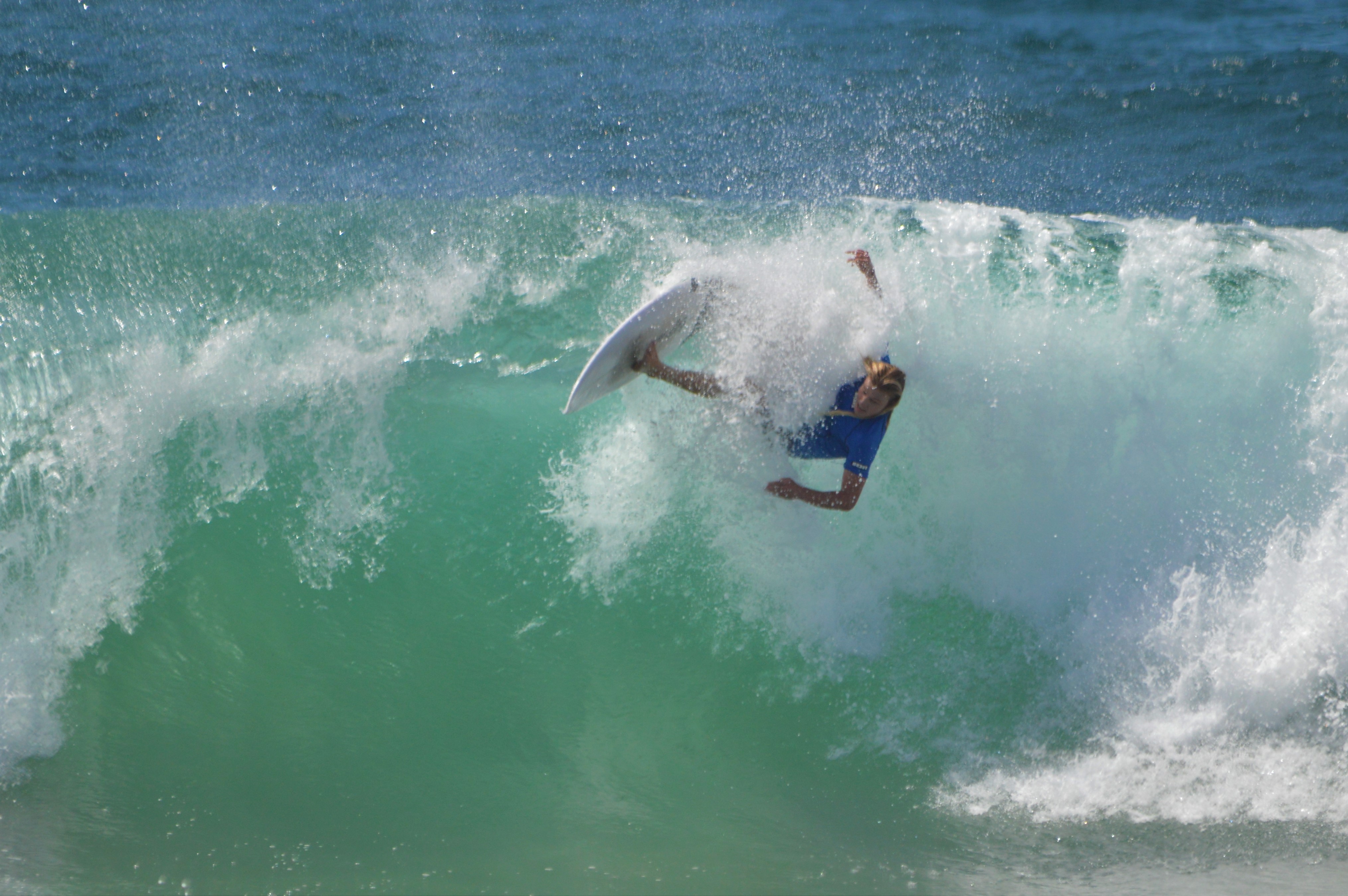 After a disappointing result in their respective divisions, it was good to see young Oscar McGaw and Taj Turner step up a division or two and make it into the Open final. With both of them putting on a great performance. And Nelson Corner who came out on fire all day and once again in the final and was looking good to win. But it was once again last years champion who threw down some massive turns with power and flow to take the win. 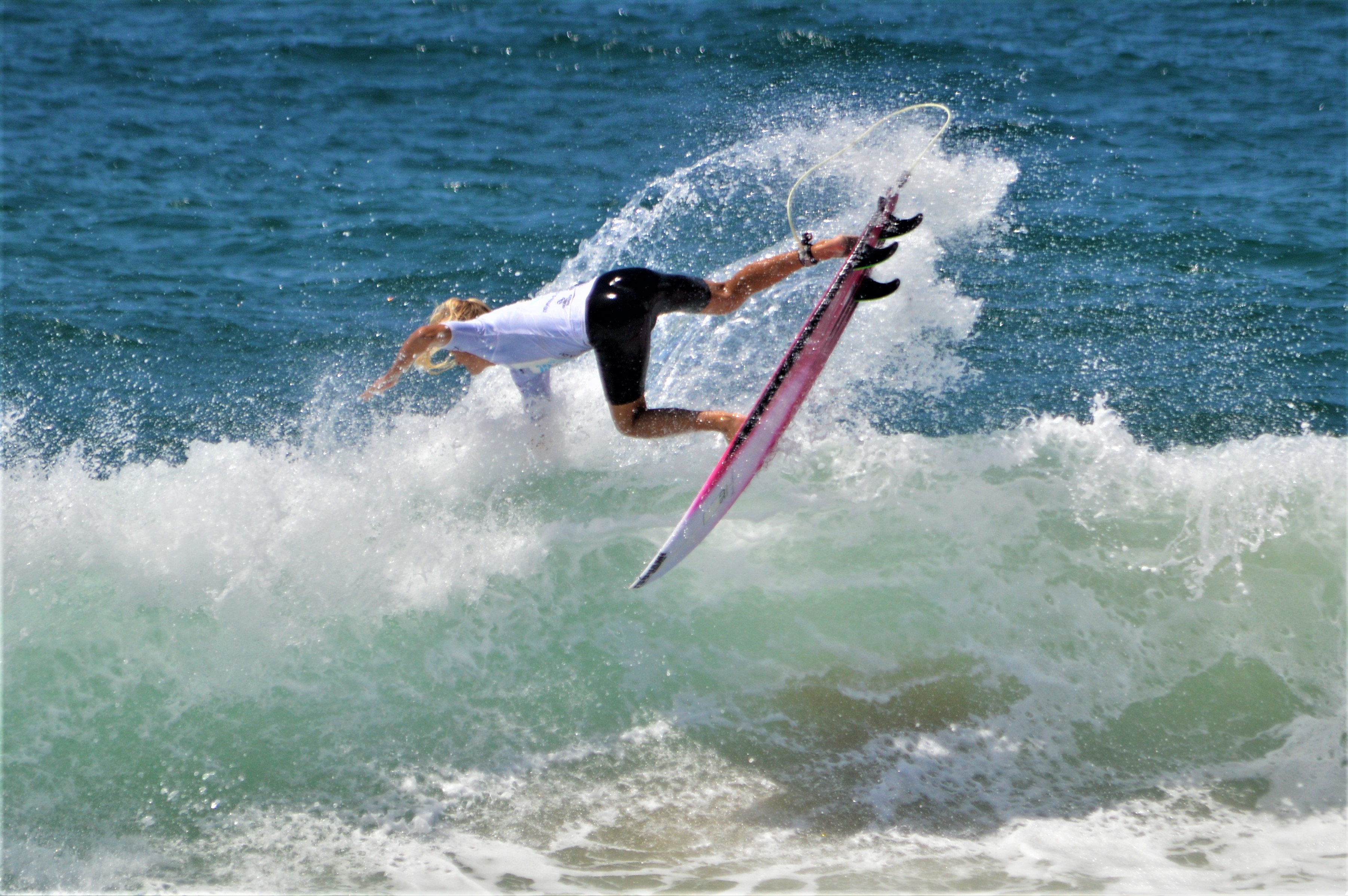 The club had some special awards for the day thanks to Tsunami Surfer with Junior encouragement awards going to: Taj Turner, Oscar McGaw and Kale George.

Tsunami Sportsperson of the day: Lucas Hill and Jamie Dooran 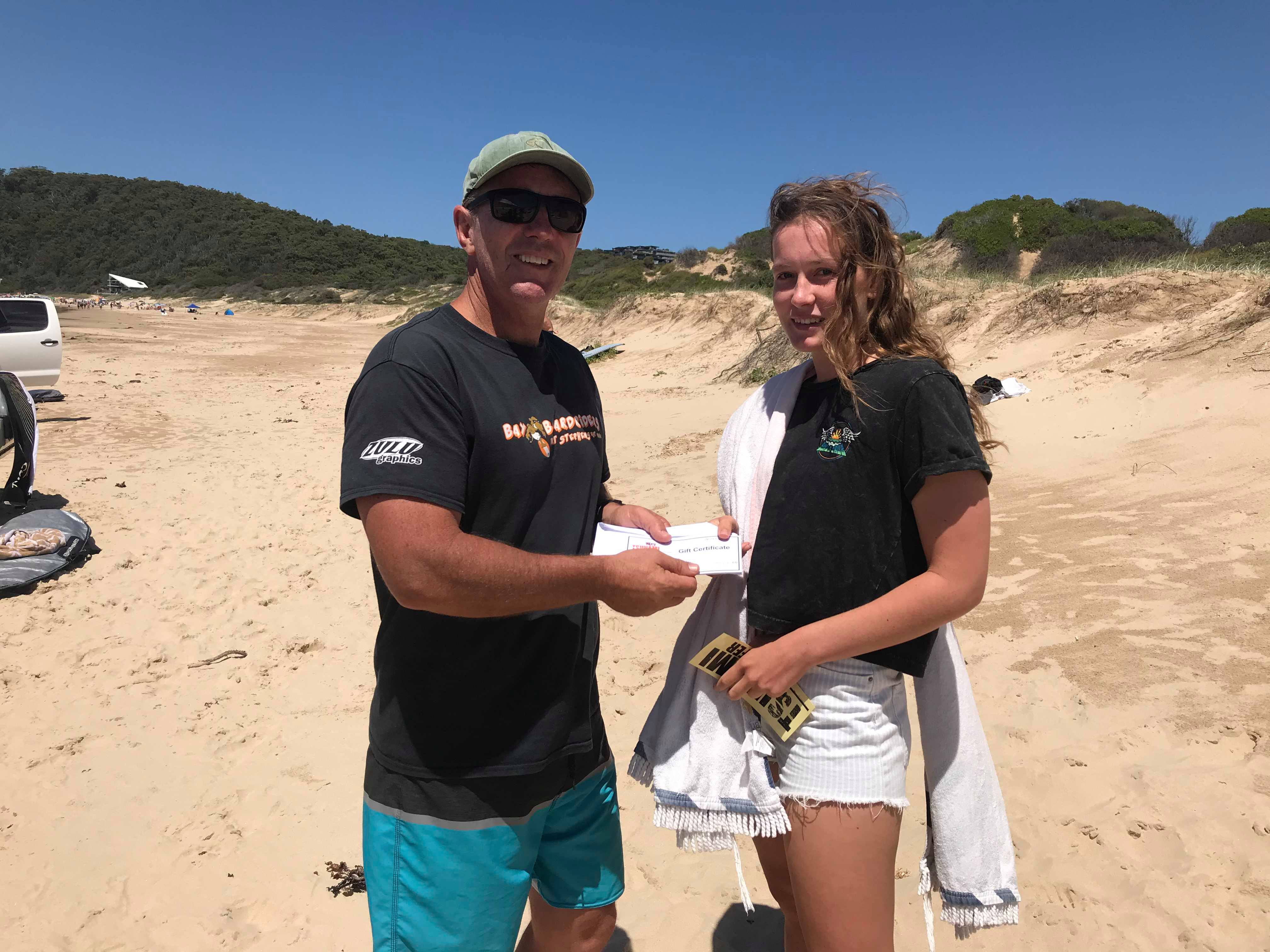 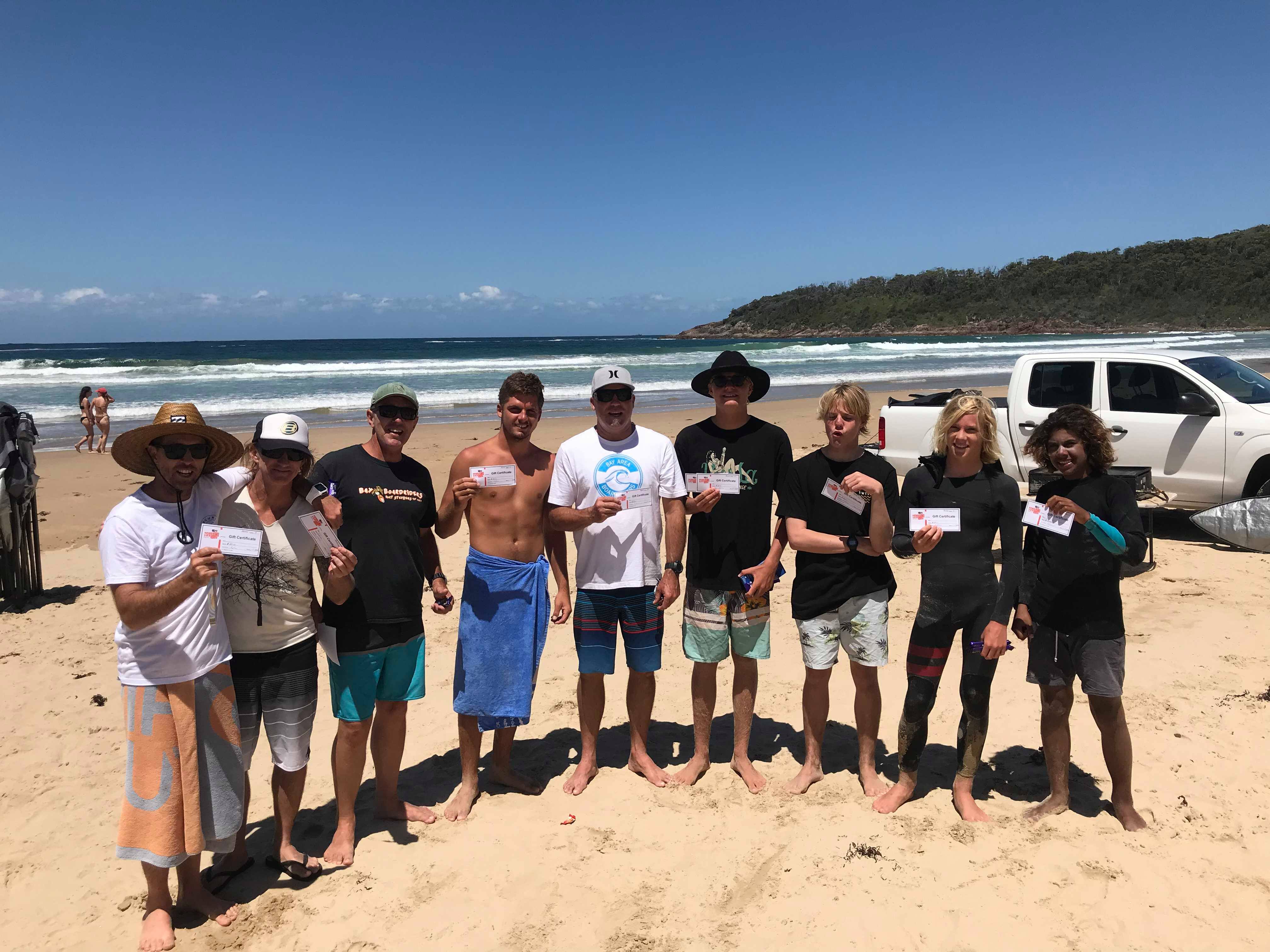 The club would like to thank Tsunami Surfer for being the sponsor of the first event of the year. Thanks for everything you do for the club Simon. We appreciate it!

Also the club would also like to put out a special mention and thank Craig McGaw and Rod Astley for organising the contest all day. Without you guys there would be no contest. We all appreciate all you do also.

The club is still taking memberships for 2019, so come along and enjoy! The club has some big plans for the future. The next contest will be held on Sunday the 3rd of March.

There is a lot more pics of the day in the gallery on our website. Check it out!